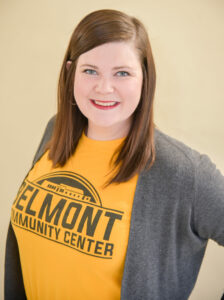 Emily Koopmann is the current Executive Director of the Belmont Community Center, having a specific passion for youth in north Lincoln. She holds a Bachelor’s in Business Administration and a Master’s in Intercultural and Urban Studies, narrowing the focus of her academic work on the common language used in strategic plans and subsequent evaluation tools in community learning centers.

Staying involved in her community, Emily serves as an advisor for the Rev. Dr. Martin Luther King Jr. Youth Rally and March (something that she has been a part of since being a youth herself) and a One Book One Lincoln committee member. Emily is a big reader, finishing (mostly by audiobook) over 50 books a year. 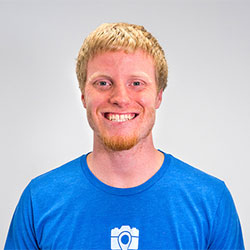 Brian Deighton is the owner of Elite Air Duct Cleaning, the inside sales manager at CompanyCam, husband to Kristina and dad to their 4 kids (Ryan, Kari, Jono, and Kaci). Oh, and he’s the vice president of the North Lincoln Business Association.

Brian and his family have lived in North Lincoln for 7 years now and very much consider Lincoln home. He’s passionate about building connections with local business and non-profit organizations to continue building the amazing community he calls home!

To keep himself young, Brian entertains for events as RhymesWithBrian, making up improv songs for Uber passengers, companies, parties, and most often, his kids at bedtime! He loves to take the RV on trips to away Husker games, fire up the smoker as often as possible, and is an owner of the Green Bay Packers as well! 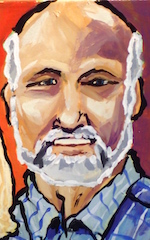 Tim was born in the remote backroads and started exploring from the moment he came into this world. From neighborhood fortresses to ‘yachts’ at the local lakes, he was out discovering the best of what this world had to offer.  This start in life has lead to his lifelong love of adventure and travel.

In his early 20s he made the brave decision to move to Lincoln Nebraska to start his modeling career.  After 14 days of no call backs he realized people in Lincoln didn’t know what to do with his looks nor his unique skill set… except for one special woman.  This woman, still for reasons unknown, fell in love with Tim instantly.  They have now been married for 231 years (dog years).

Tim has had a wide range of careers from being a photographer to selling furniture to providing ‘consulting’ services.  Where he made his money however was when he decided to trademark the copyright symbol.  Now every time that someone uses the copyright symbol, Tim gets paid $3.  Since cash is no longer an issue for Tim, he travels the world with his beautiful wife and sits on numerous boards. 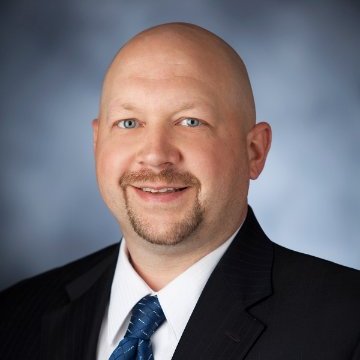 basketball team.  His senior year they almost won the state championship in 3-on-3 basketball.  Being so close to glory left a lasting impression on him and it ended up being the source of his internal drive.

That internal drive would lead him to claim the exclusive role of Secretary for NLBA.  In his own words, his life is almost complete.

Before he was the Secretary of NLBA he was in direct selling and account management for over 8 years first for Windstream and currently for Kidwell Communications.  At Kidwell he is responsible for sales, solution driven proposal writing and contract negotiations.

In Kyle’s spare time he hangs out with his amazing wife and two beautiful children.  He also struggles at golf, climbs mountains and aspires one day to be the Membership Director for NLBA. 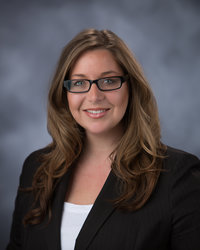 Sydney Stanard is originally from Lincoln, Nebraska where she graduated from East High in 2003. She graduated with a degree in Marketing from the University of Nebraska and upon graduating she moved to Las Vegas where she worked in Hotel Management for Wynn Hotel and Casino for five years. After moving back to Nebraska she continued to work in the hotel industry in Omaha until her transition in 2014 to the Financial Industry.

Currently, Sydney works for Mutual of Omaha Investor Services, Inc. Member FINRA/SIPC as a Financial Advisor and has obtained her 6, 63 and 65 licenses. 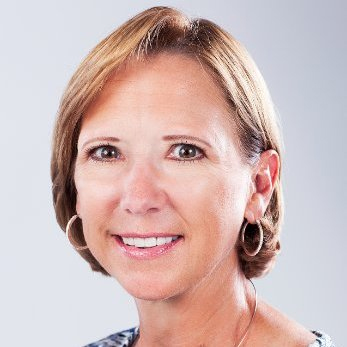 As Director of Sales for Staybridge Suites Lincoln I-80, Sherri has always been proud of the company she represents, the associates she spends time with and the guests who choose to stay at this award winning, all-suite hotel. There are many hotels in Lincoln, but what sets this property apart from the others, is the guest’s experience ~ it’s all about them!

Prior to working in the hospitality industry, Sherri spent several years in Chicago, working in the reservations’ department for a major airline. While there, she oversaw a team of up to 45 telephone sales agents, coaching them on sales and customer service. When not working, she spent time traveling to New York, Boston, New Orleans, San Francisco, Hawaii,..…..you get the gist!

As a founding member of the Northview Lincoln Business Association, she has served as President and has been an active Board Member since the organization began in 1999. Seeing how this organization has evolved since the beginning, has been a fun journey and it just keeps getting better.

Sherri is also an active member of Women in Sales and Business, the Lincoln Lodging Association and the Lincoln Chamber of Commerce. She is currently a volunteer for the Meals on Wheels program and has also volunteered with Special Olympics.

For fun, she enjoys NASCAR, camping, chilling out on the pontoon, chocolate, NLBA social outings and hanging out with her family. 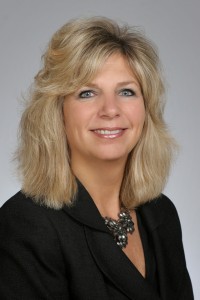 Joanne grew up in Norfolk, Nebraska and graduated from Norfolk Catholic High School.  After high school, she attended and graduated from Wayne State College in Wayne, Nebraska with a Bachelor of Science degree in Business Administration – Management and Marketing emphasis.

Joanne now works for Company Care in Lincoln.  Company Care is a full service Occupational Health Clinic that provides treatment/services for any work related medical needs that an employer may have.  Work injury Care, drug testing, physicals, DOT, wellness, immunizations, respirator clearance and many other occupational health services.  I have been helping employers in the Lincoln and surrounding communities for the past 10 years and enjoy being a part of such a great health system.

Joanne has three children;  two daughters and one son.  Her youngest is a Senior at UNL.  Joanne’s oldest daughter is a teacher in O’Neill, NE and her son is employed and working a full time job.  She spends most of her free time following her last child and going to many sporting events; club soccer, High School Basketball and High School Soccer.  Her kids are her hobby for now.  She loves watching them grow up and succeed in life.  Whatever that may be for them. 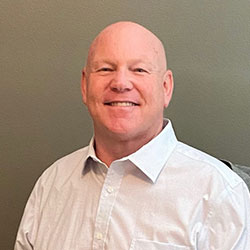 Patrick Lawler provides health and benefit solutions to companies of all sizes in Nebraska, Iowa, Missouri, Kansas, South Dakota, Texas, Illinois & Oklahoma. Patrick has been an expert in commercial group health insurance for the past 4 years, and in addition has built a thriving Medicare practice for seniors in many of the aforementioned states. Patrick is an advocate for seniors who need help determining how to best navigate the world of medicare. Patrick’s experience in education is an asset to his client as he spent 24 years in public education as a teacher, coach and high school/middle school principal. Patrick has a bachelor’s degree from the University of Nebraska-Lincoln, a graduate degree from Wayne State College as well as post graduate (doctoral) work at the University of Nebraska at Omaha.

In his spare time, Patrick enjoys spending time with his family, playing golf, working out, biking, or volunteering with a high school football team as well as traveling.